Where do we go to become Expats?

Well.. we want to move abroad if you haven’t been following along. We dream of becoming expat’s in a warm, tropical location. Beach needed, palm trees preferred, crystal blue waters expected..

The question is where… we have spent a lot of time over the past few months looking into different places we would like to live.. so, I am going to share my initial thoughts on these places today. Keep in mind, we are looking into them in regards to international teaching opportunities as well. We want the move to be permanent, not just a year and then back to Canada, so we need a steady, reliable income. If you have anything to say about any of them that might sway us one way or the other, please send us a message or comment below! 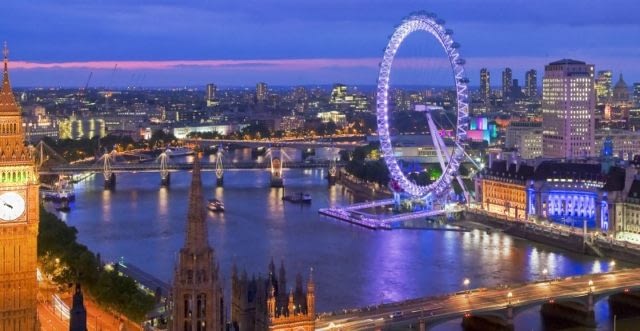 The UK was our first initial thought last year when we started contemplating a move. It is english speaking so it would make it easier to transition to, not having to learn another language. Not to mention that I (Jessie) had a father that was not born in Canada, he was still considered a British Citizen when he passed away a few years ago, meaning that I could get my British Citizenship through him and although expensive, I could live there without visa’s or jumping through hoops. This would be a bonus, no Visa runs, no making sure I’m not illegally somewhere, or living on expired things I don’t even quite understand yet.

This was also before the whole Brexit fiasco. From an outsider, I think Brexit was a ridiculous option, and I am not sure why it even went through. Being part of the EU was also why we had considered it, as it would allow us access to any EU country quite easily, as well as making it easy for us to live in any of those EU countries.. we had loved Greece, and wouldn’t mind eventually living on one of the islands.. Lets all clap our hands for that decision…

As a certified Canadian teacher, I would be able to find a job there no problem, they are always actively recruiting Canadian teachers. However, we weren’t sure what Jamie would do, probably look for a job similar to what he has here. And plus.. BREXIT.

Side note: My favorite meme that I can’t find now:

Britain: “Brexit was the stupidest, most self-destructive act a country could undertake.” 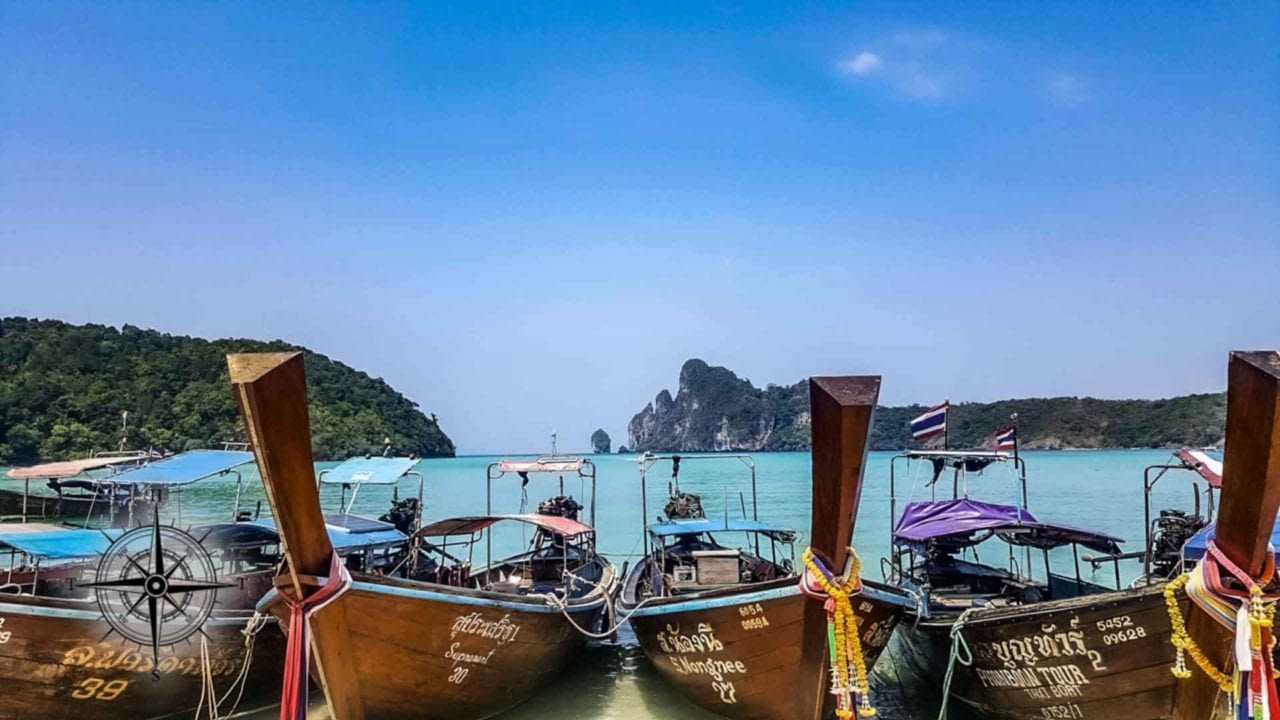 Thailand, oh beautiful Thailand.. I mean just look at it! How could you not want to live here?

It’s beautiful. We could scuba dive everyday, the food is absolutely amazing. It would allow us cheap flights to SE Asia, Australia/NZ, and the middle east. It is super cheap to live there, in all our research it looked like it is cheaper to eat out every day rather than buy your own food. I would pretty much live at the beach..

There is international schools there too, in fact there are a couple Canadian curriculum schools in Bangkok. But, we are wanting to be in a bit smaller of a city, preferably an Island or southern coastal area, closer to Malaysia. Like Phuket (Which is not pronounced Fuk-it, as much as we wanted it to be..). However, the international schools do not seem to be as organized as other areas. The jobs seem hard to come by, like it might be easier for us to be there first and then find me something. The pay isn’t great there either for a teacher, but it would be enough to get by and get in a few trips here and there, nothing extravagant.

The downside: You need to do visa runs every few months.. which means heading out of the country for a day or two and then coming back. While flights to out SE Asia locations can be cheap, this is a bit inconvenient to have to make sure you are getting done every few months. For me, I would probably be fine if I am teaching at an international school, but if Jamie doesn’t have an employer that wishes to sponsor him, he’s making the trip every few months. The biggest downside for us was taking the dogs there. We were quoted anywhere from 6-10 grand. And up. Granted we have large dogs, and they would need special kennels built for them, that is still a lot of money. Like enough for us to survive on for 6 months without jobs there… ouch.

The goal is to still eventually get there, maybe in a few years when we are dogless.. we will join the other expats in paradise.. 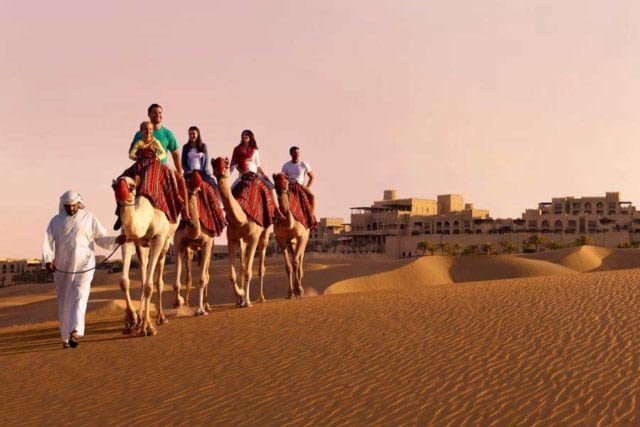 Our next choice was the UAE or Middle East. We’ve heard that teachers get paid really well there, and there is no taxes. Not to mention a great need. I also have taught at an Islamic School in Canada, so I am familiar with the traditions and expectations of students. I inquired to one school and they had an immediate opening, but it’s a bit hard to pack up everything and go within a few weeks when you have responsibilities back in Canada.

Dubai and Abu Dhabi are two highly expat locations, much like Fort McMurray is in Canada. It is oil driven as well, all things we are familiar with. Being in the Middle East would allow us to explore places that I am obsessed with, like Egypt, or Petra, Jordan. Or even some locations in Africa that I cannot wait to get to, but seem to far away and expensive to go to from Canada. 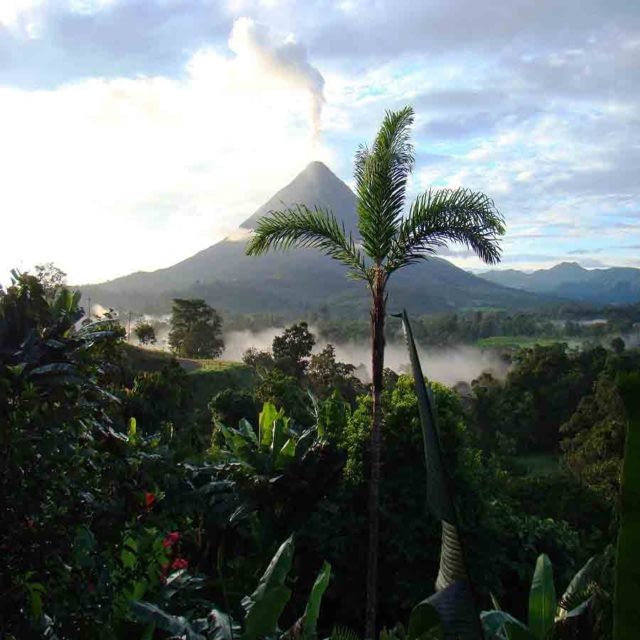 Costa Rica is the option we are really focusing on now. We can drive down and keep one of our vehicles. This means we wont have to pay anything extra for the dogs, and we can bring their kennels down and other things. We can also make a road trip out of it, and see places in the USA that we haven’t been yet, and other countries on the way down to Costa Rica. Prices to live in Costa Rica are decent, it is beautiful down there. Volcanoes, Rainforests, and beautiful beaches… it seems like it has everything we want.. and there seems to be a large expat community as well.

The downside seems like finding good schools for me to teach at that are in the location I want. We want to live in a coastal city, so we can surf and scuba dive. However, the majority of the international schools are in San Jose, which is a couple of hour drive from the beaches. This, however, would be a good segway into international schools, as it seems once you work at one, you have a better chance of getting on somewhere else. 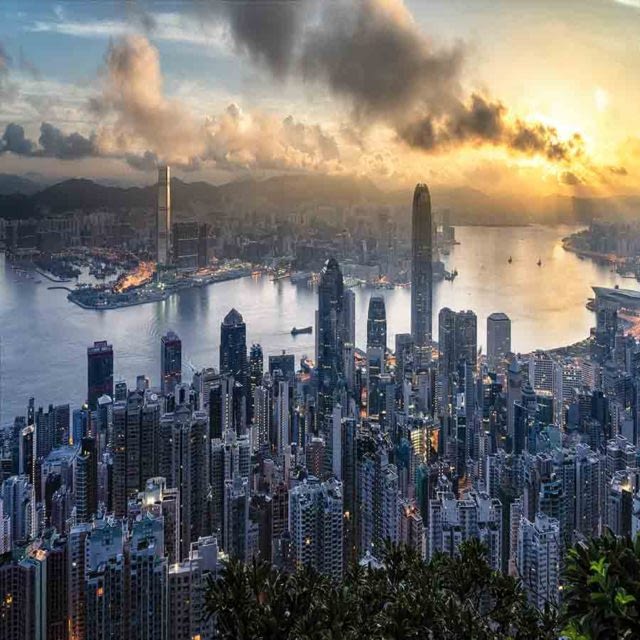 Another recent suggestion from my teaching friends who are on a round the world trip with their two kids and have worked abroad as teachers was Hong Kong. Apparently this is the best place to teach abroad, because they pay really well. Working here for a couple years would allow us to pay off debt and save money.. but the question is still the dogs, and whether we would enjoy living there… We are also not sure how big the expat community is.. need further research. They do have Canadian curriculum schools, meaning it is easy for me to transfer over as I am certified to teach in 3 Canadian provinces.

We’ve looked into both of these as well. I’ve already been to Australia and New Zealand, and they are a lot like Canada. New Zealand is constantly recruiting teachers and I had considered about 10 years ago, getting my teaching degree there so I could live in either Australia or New Zealand.. It has always been on my mind. However, it can be pricey to live there too. And the dogs.. I know bringing them there would be amazing because so many people also have dogs there like we do, but shipping them again is the price. Perhaps a bit less though because there are direct flights from Vancouver to Brisbane.. but still a cost I would rather not incur..

These are beautiful countries though that offer a lot of the things we desire. My first scuba dive was on the Great Barrier Reef.. I was only down there for about 3 or 4 weeks, so there is still a lot for me to explore. The area is full of adventure and outdoor opportunities. We might feel right at home and not like expats!

So.. we are literally all over the map with our thoughts about moving abroad.. we just know we want to do it. Canada has been home for 33 years for both of us.. it is time to move on. Is there any expats out there living in any of these countries, or have lived there? Thoughts? Comments? Ideas? Please share! We need help whittling down the options!

*Note: Pictures aren’t our own, we haven’t been to some of these places ourselves yet. Moving without ever going there.. scary!

What to do on a 9 Hr Layover in Denver, Colorado

Hi guys! You should consider Uruguay. Life is good here.
check this out:
https://www.focuspropertiesuruguay.com/infos/Legatum_Prosperity_Index_2016_Uruguay_is_strongest_overall_performer/info.html

Thanks for the great info!!! We are definitely considering all options. Uruguay is a country I would have to say we hadn’t contemplated yet…but we may now as it looks beautiful. Really we are looking something with a low cost of living somewhere Jessie can teach and I can get my scuba divemaster certificate. So anywhere close to an ocean is an option.
Thanks again for the links!!!!

Hi Jamie
I’m happy I can help. We love Uruguay, we are very happy here. If you decide to come down please let me know, I’d like to show you around. All the best.

This website uses cookies to improve your experience while you navigate through the website. Out of these cookies, the cookies that are categorized as necessary are stored on your browser as they are essential for the working of basic functionalities of the website. We also use third-party cookies that help us analyze and understand how you use this website. These cookies will be stored in your browser only with your consent. You also have the option to opt-out of these cookies. But opting out of some of these cookies may have an effect on your browsing experience.
Necessary Always Enabled
Necessary cookies are absolutely essential for the website to function properly. This category only includes cookies that ensures basic functionalities and security features of the website. These cookies do not store any personal information.
Non-necessary
Any cookies that may not be particularly necessary for the website to function and is used specifically to collect user personal data via analytics, ads, other embedded contents are termed as non-necessary cookies. It is mandatory to procure user consent prior to running these cookies on your website.
SAVE & ACCEPT
wpDiscuz